We are proud to have Dani Rowe (née King) MBE as our M12 Brand Ambassador. Dani grew up in Hamble, an area local to our office, and she had a record-breaking cycling career. This includes winning multiple National championships, becoming European champion, 3x World Champion, Commonwealth Games medallist and of course, Olympic champion. She is the World Record holder for the 3km Team Pursuit and won Gold at London 2012, along with teammates Joanna Rowsell and Laura Trott. She was awarded an MBE from the Queen the following year, for her services to British Cycling. In December 2018, Dani announced her retirement and shortly afterwards she became M12’s Brand Ambassador. We thought now would be a great time to have a chat with Dani and hear a little more about what she’s been up to since we last caught up in October. 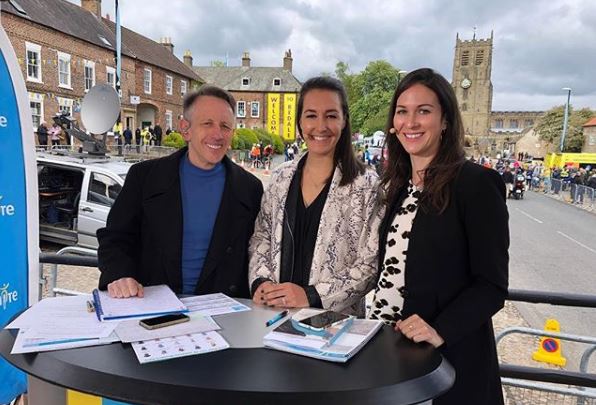 Ruth: Hi Dani, we’re so happy to have you as our brand ambassador and it was great last year to hear about the highs and lows of your professional cycling career and your many fantastic achievements. What have you been up to since we last spoke?

Dani: Thank you, it’s great to be your M12 and Giganet ambassador! I’ve been really busy with a variety of projects and also trying to keep fit with lots of cycling, running and gym work. Before COVID-19 changed a lot of things, I was starting the season of commentary that I was super excited about. Our coaching company, Rowe and King is going really well and I’m enjoying being on the other side of the sport as a coach rather than the athlete. I’ve been running ‘Zwift’ indoor cycling sessions to help people become fitter and also working with different brands and partners on various projects.

Ruth: After dedicating 14 years of your life to cycling, what’s it like being on the other side of it now?

Dani: I love being on the other side. I feel lucky to have finished my professional cycling career on a high, having achieved everything and more I could have ever wished for. I’m now running a coaching company and really enjoy giving something back to the sport. I still cycle most days, however for a lot less time. Its nice to be able to ride when I want, for how long and how hard.

Ruth: Can you tell me some more about the coaching you’ve been doing with Rowe and King?

Dani: Yes, we started the company in 2015 and its gone from strength to strength. We are a bespoke cycle coaching company, working with people all over the world. We coach anyone with a goal to improve on a bike and we tailor training around each client’s specific needs. Additionally we run races and yearly training camps. 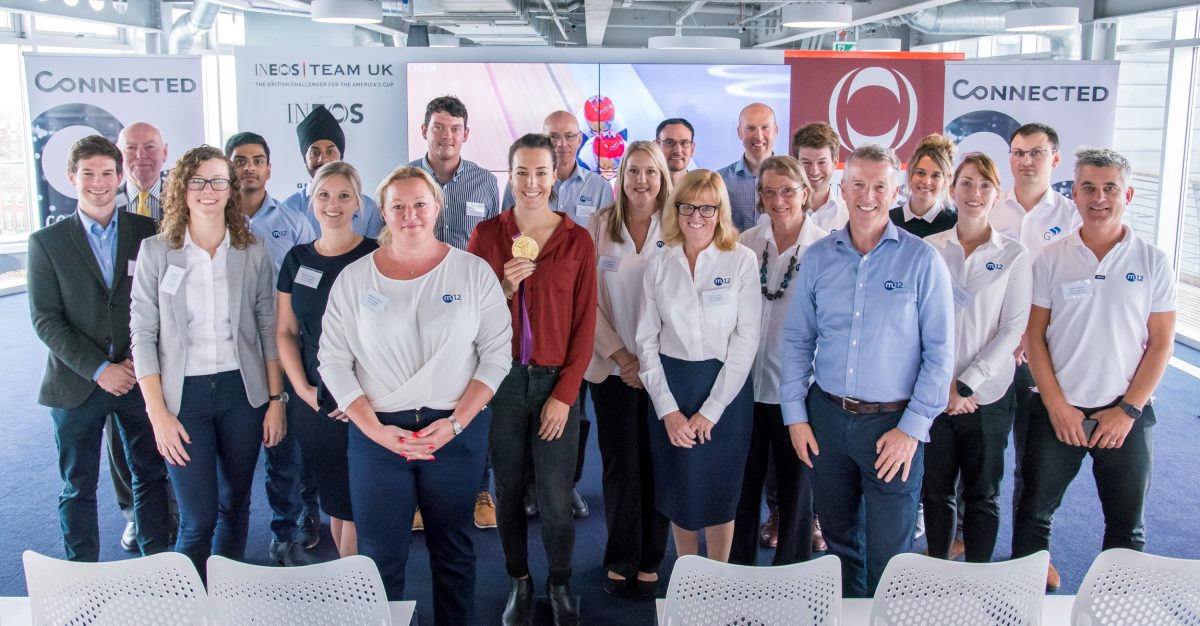 Dani with our M12 / Giganet team at the Connected event in October, held at INEOS TEAM UK HQ in Portsmouth.

Ruth: It was fantastic to have you with us at our Connected event last October for our customers and contacts. What did you enjoy about the day?

Dani: Thank you – I really enjoyed it! I learnt so much about a different industry and loved telling my story to the attendees. It was lovely to meet and chat with so many people and enjoy such an iconic venue. 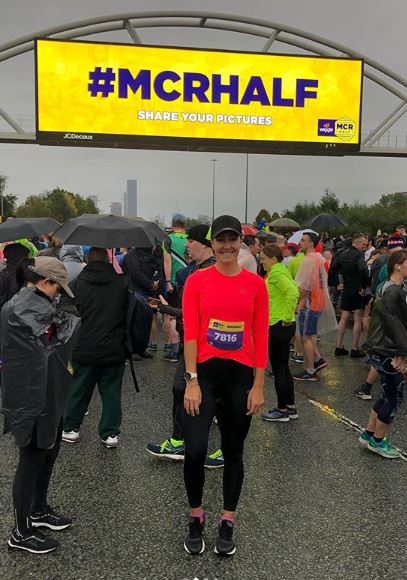 Dani has enjoyed trying out new sports, including running.

Ruth: You mentioned at Connected that you’ve been involved in various other sports since your retirement from professional cycling. Can you tell me a little more about this? Which has been your favourite achievement/activity?

Dani: Yes, one thing I was really looking forward to was trying other sports. When I was cycling I was only allowed to ride a bike and complete specific strength and conditioning training. After my retirement I started running initially, but ended up sustaining stress fractures due to the change in impact from cycling. So I was forced to take it slow to start with! I have loved going to the gym, especially attending high intensity classes which are super motivating. Fitness and sport will always be a huge part of my life and it’s been great to expand my horizons and find new things to enjoy. 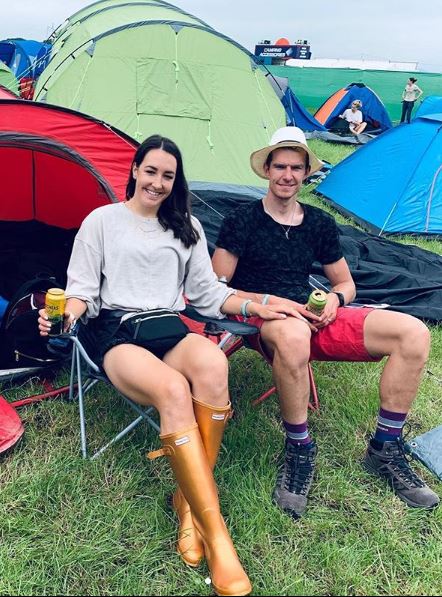 Dani with husband Matt at Glastonbury!

Ruth: What has surprised you most about the change in your career and lifestyle?

Dani: How I haven’t actually missed cycling. I was ready to enter a new chapter in my life and I’ve been so content having new goals and focuses to work towards.

Ruth: And what’s the most exciting thing you’ve done since you retired?

Dani: SO many things I couldn’t do before I retired. The best has probably been Glastonbury Festival 2019. It surpassed all expectations and I loved every minute of it. Also I went skiing for the first time since I was in school. We weren’t allowed to ski when racing, due to the risk of injury. We went to Courchevel, which was super fun… and I managed not to get injured, which was a bonus!

Ruth: Can you tell us a fun fact that not many people know about you.

Dani: I used to play the trombone in a brass band.

Ruth: What do you think are the most important issues affecting British Cycling at the moment?

Dani: Aside from COVID-19 I believe sponsorship is the biggest issue currently. HSBC have just announced they are stepping away from British Cycling so they will need to find a title sponsor to remain at the top of the game in terms of participation and performance. 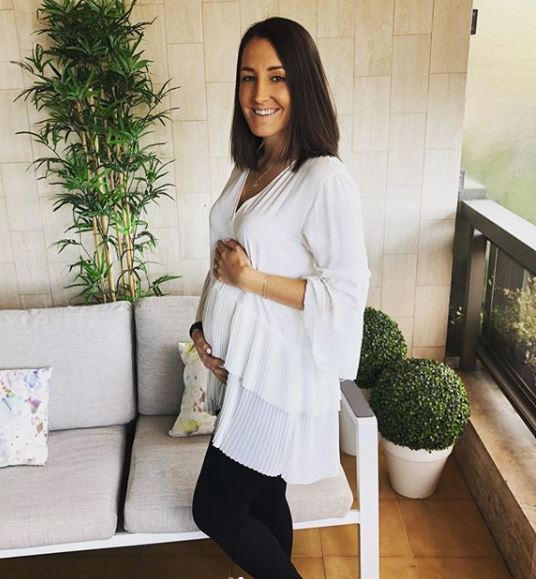 Dani has announced she’s expecting her first baby in September.

Ruth: And finally, what are you most looking forward to in the upcoming year?

Dani: I’m excited to do more of what I did in 2019. Working with fantastic partners on projects and helping more people improve on a bike. And I do actually have some other very exciting news – I found out in January that I’m pregnant and we are expecting a baby in September! I’m very excited, as it’s something I’ve wanted for a really long time. I’ll be keeping up my exercise routine and I’m looking forward to adapting this throughout my pregnancy. I’ve started a blog about my journey too, to keep everyone updated on how it’s going and what I’ve been doing.

Ruth: Wow that’s fantastic news! A huge congratulations from all the M12 / Giganet team to you and Matt. And thank you so much for chatting with us and giving some more insight into your life after professional cycling.

If you’d like to read more about Dani’s pregnancy, then check our her blog, From Athlete to Mum.

And if you’d like to watch Dani’s presentation from our Connected event, please check out our video here.